Can you believe that a simple man can hike the Appalachian Trail –– from Springer Mountain in Northern Georgia to Katahdin, Maine? According to the National Park Service, the trail is a 2,167-mile footpath. Hikers can hike the entire length of the trail in one season’s time, or in 5,000,000 footsteps. Curious and unsuspecting to meet such an adventurer, I came face to face with one a couple weekends ago: Andrew Eaton, my roommate’s old friend from Charlottesville, VA. Though our conversation only lasted minutes, I learned a lifetime of knowledge. I discovered a few truths about exploration, love of nature, and shared humanity. Above all, this piece of advice sticks the most:

“By trying to discover it all, you only really discover more about yourself. More than you probably ever imagined.”

Andrew was hiking for “Peaks for Peace,” a 90-day hike to raise money for The Children’s Hospital Burn Camp Program. And low and behold, he was just stopping through Richmond to catch his breath, take a whiz, and get some medications for the walking pneumonia he caught on the trail.

Recapping his travels, he told me what it was like to rely on ancient means of communication like half-operating keyboards, pay phones and internet cafes to reach the outside world and record a story, or two, on his blog.

We became instant friends and I immediately likened him to the one-day-famous-friend who’d probably end up with a documentary and book deal. Like Aaron Ralston and 127 Hours.

Andrew was only in town re-cooperating and would be back on the trail as soon as his lungs could were healed.

Wow. We were so alike in adventurous spirit, yet so different in actual adventures taken. He actually explored undiscovered parts of America where I only itched to travel. 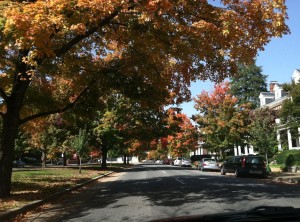 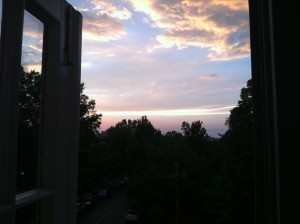