In my next life –– the one after world traveler –– I want to be a pro surfer. The beach bum, tiki shack, wine drinking, totally rad kind who makes a living surfing by day and selling sand dollars by night. Looking outside now at the rainy day outside, I’m reminded exactly why I sand and flip-flops make for the perfect second life.

Last weekend, Brittany, Paul (one of my new favorite couples) and I went to Santa Cruz, a little blip off the California map known for its amusement park and boardwalk and surf.

We didn’t surf, but we did soak in enough sand, salt water and milkshakes to live vicariously through those surfers riding the waves below and get hung up in a surfing town for a day.

Our first stop was the Santa Cruz Surf Museum. From the outside, it was the old Santa Cruz Lighthouse; worn down from years of weathering the storm I’m sure. From the inside, it was another world entirely. 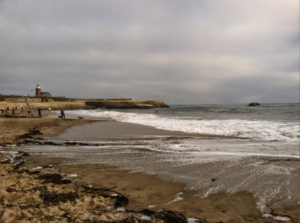 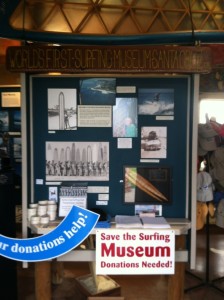 Next article #76: The Surf Town Of Santa Cruz.